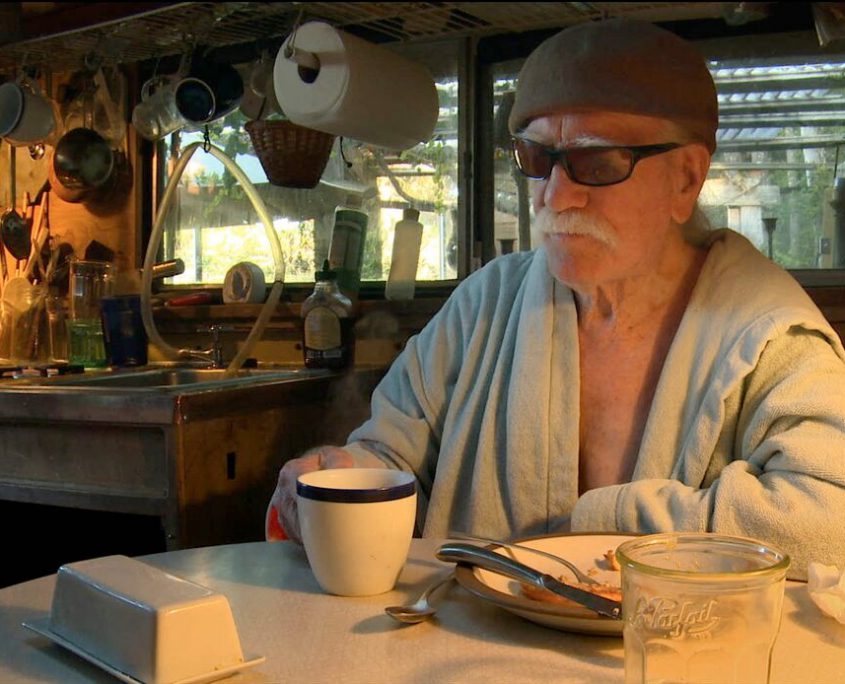 Comedian, sound artist and radio personality Henry ‘Sandy’ Jacobs was born in Chicago in 1924 and started experimenting with reel to reel magnetic tapes in the early fifties.
Sandy has collaborated with the likes of John Cage and filmmaker Jordan Belson. With Belson he created Vortex: Experiments in Sound and Light (1957), a show seminal to the development of surround sound. Vortex was performed at the 1958 Brussels World Fair in Belgium and through 1959 at the Morrison Planetarium in San Francisco.
In the late fifties Sandy convinced and helped his friend, the philosopher Alan Watts (1915-1973) to record his many talks and seminars on a Nagra tape recorder and co-curated the collection. These recordings were broadcast on radio nationwide and continue to inspire people all over the world. Alan Watts writes in his autobiography: “Sandy records everything and is, in fact, seldom seen without a Nagra slung over his shoulder. Thereafter he will put weirdly disparate scenes together, such as the hysterically funny situation of an Encyclopaedia Britannica salesman making his pitch to a recording of hypnosis induction which he has accidentally dialed on the telephone.”
His Breaking the Habit, an animated short about quitting smoking, produced in collaboration with John Korty, was nominated for an Academy Award in 1964. In the same year Sandy co-founded the Ali Akbar College of Music in San Rafael. Some of Sandy’s experimental records have been re-issued recently on the labels Locust Music and Important Records.
As a teenager, the Oscar winning sound and film editor Walter Murch (The Conversation, The Godfather, Apocalypse Now) played Sandy’s records over and over again. In 1971 Walter Murch wrote an off-screen dialogue for Sandy in George Lucas’ cult classic THX-1138. 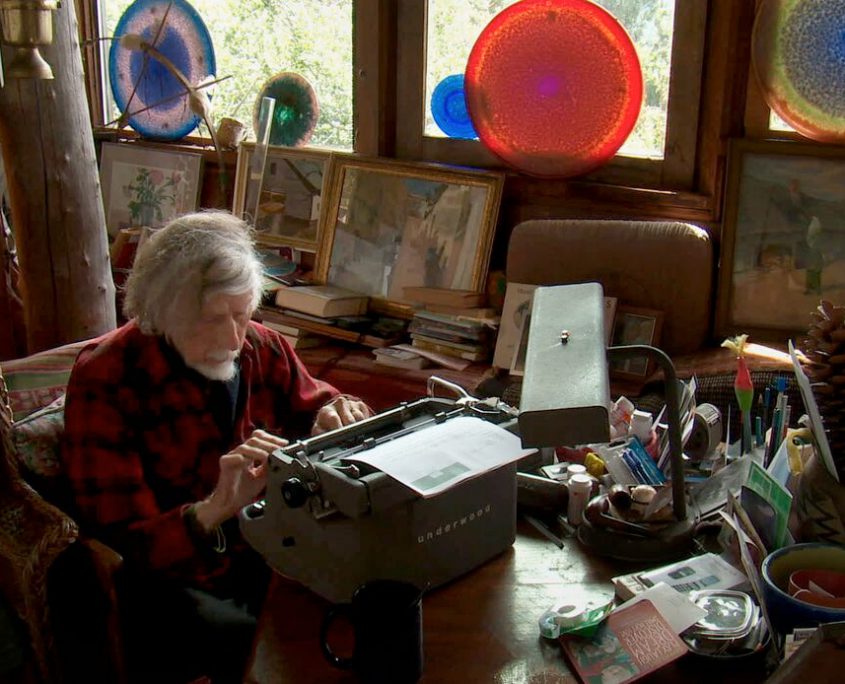 As a child, Daniel B.H. Liebermann (born Princeton, 1930) regularly sat on Einstein’s lap and shared the dining table with Thomas Mann, both good friends of his parents. Liebermann studied with Frank Lloyd Wright, later collaborating with him on projects such as the Marin Civic Center in San Rafael. Yet, he considers the Finnish architects Reima Pietilä and Alvar Aalto as his biggest influences. From 1966 to 1974 Liebermann lived and worked in Norway and this European period deeply influenced him and his work. His ecological structures are built mostly from salvaged materials and are characterized by their radial, fanning construction around one or more central columns. In his own words, “… my method is to extrapolate a habitat ground plan and form from the topography, assuming a central arboreal structural system, and paying attention to solar orientation, as well as the user’s needs. As the project expands in size and complexity, this method sets up myriad congruent rhythms, generating a natural sequence of new and harmonious forms and spaces in terms of the inter-architectonic relationships and equal outer-terrestrial relationships, the latter having been the generating order.” The curvilinear floor plan makes the structures feel much larger than they really are. Liebermann built some forty houses, mostly in the San Francisco Bay area.